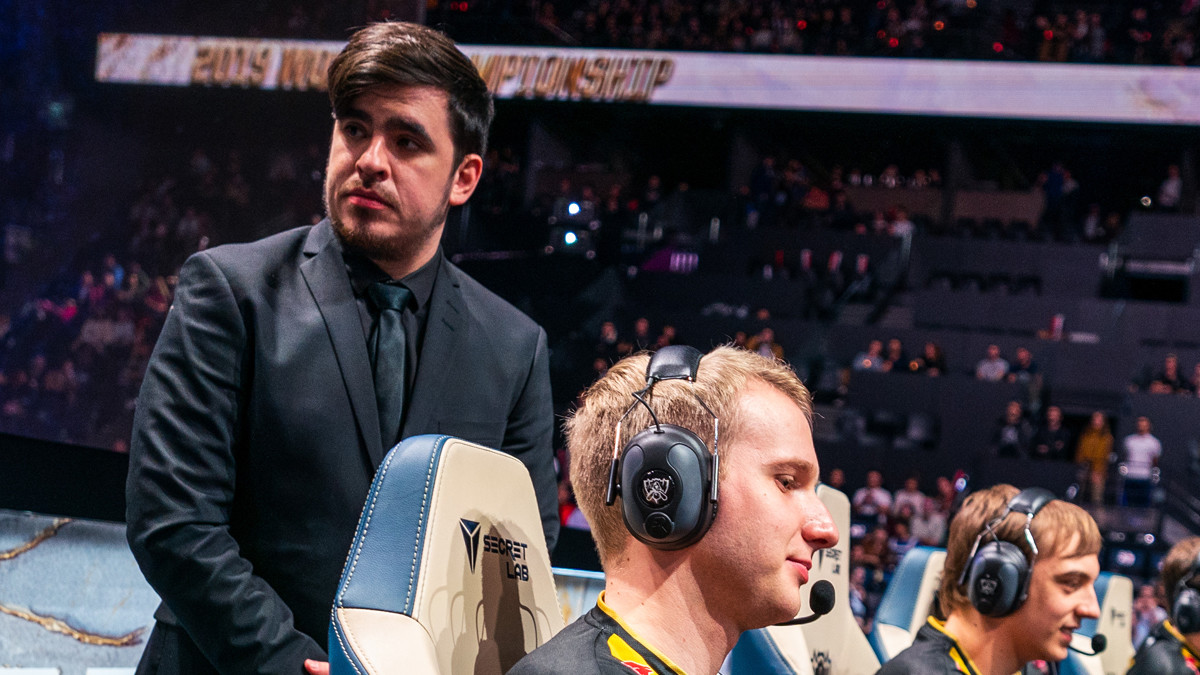 I want to thank everybody that believed in this dream.

Thanks to the whole #G2ARMY, support staff and players for this incredible year.

I apologize for not being able to make it more competitive.

We all should be proud.

We tried our best, they were just better from preparation to ingame play

See you next year


Feels so unreal...
Thanks so much for cheering
Congratulations to @Doinbmid you smurfed on me:(


I think we should be proud of what we achieved. It feels really fucking bad to lose. FPX was the better team

I will try harder next year

G2 had a way stronger draft in game 3 but it still didn't matter. Their early and mid games (barring the DWG series) had been really poor throughout the entire tournament. I would like to think the series should've been closer, but just feels bad.

Bummer to get yet another 3-0 finals for Worlds. If only there was some sort of system that would help protect against one-sided finals.

Hopefully Riot will invent double elimination next year and then applaud their own brilliance.

That was hard. But the show must go on. Congratulations to FPX! The LPL keeps reigning supreme. It’s incredibly difficult right now, but we can still be extremely proud of G2 and the LEC.

Thank you,all of you!I said it and I made it pic.twitter.com/R3iQEZF8YU

The world has been denied DoinB for so long that while today sucks for EU, I am so happy he got to show up and show off in the biggest spotlight. It's been too far long.

By sheer hard work, he moved mountains to become a Champion. Incredible player and story.

In all seriousness, I'm really proud of the players. They had a difficult worlds and they overcame a lot. I look forward to seeing them return next year.

Incredible performance from FPX. Crisp is so good and this team is unreal. Worlds in China next year is going to be NUTS!

As harsh as today is, we aren't going to change. And for all of you sending us supportive messages:

We will keep having fun.

We will stay cocky.

We will keep entertaining or fans.

We will still give our all every game.


What an amazing journey it was. Thank you, @G2esports ❤ pic.twitter.com/x8ja81nMhn

Amazing performance by FPX, its impossible not to be happy for them. G2 had a fantastic year as well and I have nothing but respect for their achievements.

I also want to thank Riot for inviting me to be part of the international broadcasts this year.

Thank you for an incredible year @CarlosR and all of G2. Don't let this day mar what has been an insane year for you guys and all of EU. A point has been made that anyone can be on this stage with the championship mentality.