dexter to become substitute for Elements 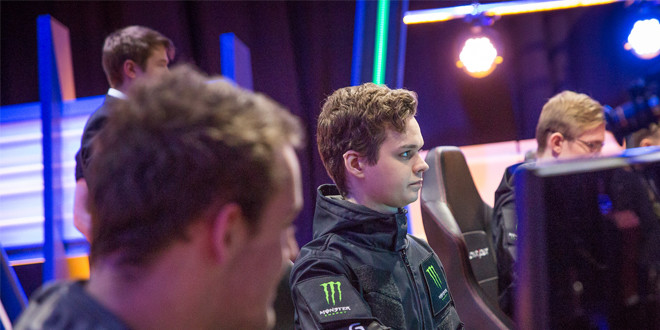 Geposted von Newbton,
After Kev1n and Nyph entered the stage of this year’s LCS alongside Elements, there is a third German player about to hopefully fix the problems of the current European Champions. Dexter is rumored to become Elements’ new substitute for the Jungle. UPDATE: Dexters latest tweet indicates an official confirmation. Tweeting "E" and "L" in capital letters, already forms the well known, Elements Tag.

When the discussion around Elements’ struggle had started, Mike ‘Wickd’ Petersen and Ilyas ‘Shook’ Hartsema were quickly targeted by critics. Both players seemed to hardly play in synergy with their team, executing aggressive moves, which led to game changing disadvantages for the team.

A team that meets dexters demands After using Kevin ‘Kev1n’ Rubiszewski as refreshment in the toplane, the jungle has remained untouched – until now. Marcel ‘dexter’ Feldkamp is going to be a substitute for Shooks role in order to increase the pressure on his fellow team mate. Feldkamp has recently only showed himself on stages when fulfilling the role of an analyst for the broadcasts of ESL, Riot and Summoner’s Inn, though he explained in interviews that his inbox was full of offers from LCS teams. While he said that he did not want to accept any of these prematurely, the team’s managements explained to us that they struggled with too high demands by the German.

dexter is already number 4dexter is the fourth player meant to help ex-Alliance out of a slump which started with the addition of last year’s European star marksman Martin ‘Rekkles’ Larsson. While Mitch ‘Krepo’ Voorspoel’s stay in Elements’ botlane is permanent, Kev1n’s deployment could be better described as an intermezzo. It is certain though, that none of these transfers have actually proven efficient so far.

At least we can notice a positive development in the team’s management. After relying on blind transfers to magically fix the rosters issues ad hoc, Elements is now opting for more sustainable changes. The coaching staff has been improved significantly, using the lineup’s former Support Patrick ‘Nyph’ Funke as head coach. Also the healthy competition in between players of the roster might lead to Elements changing for good in the upcoming weeks.