Vizicsacsi: "We can reach the finals and possibly even win the split" 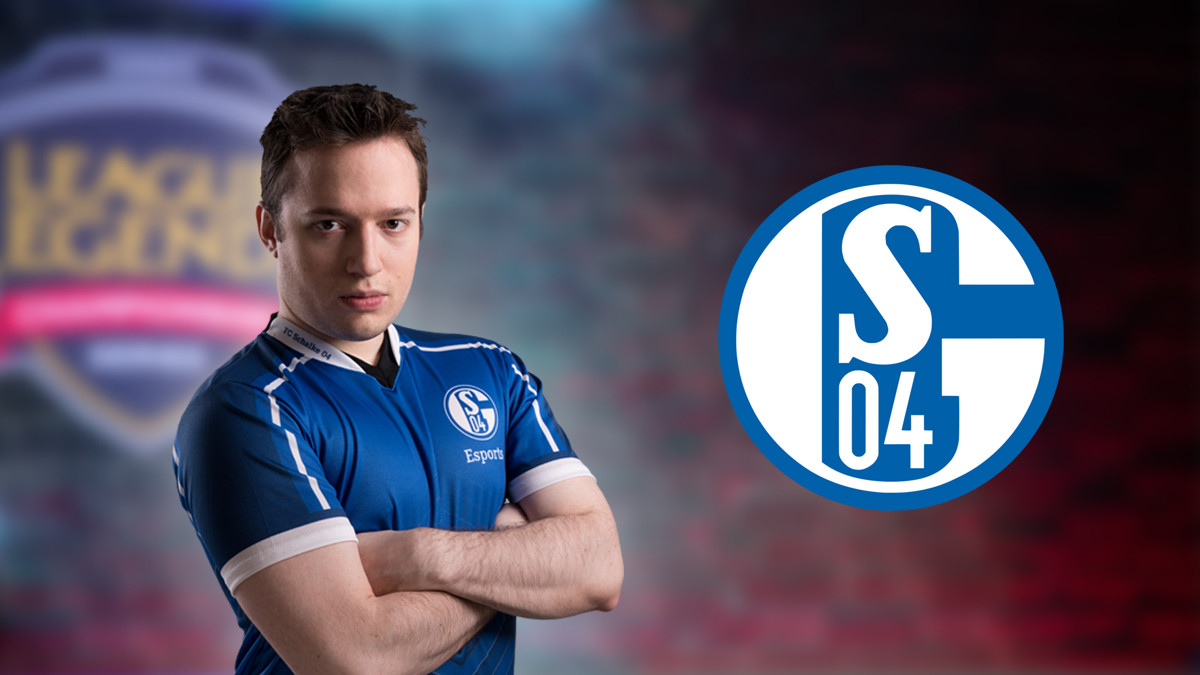 Geposted von Zorkaa,
Summoner's Inn talked to Kiss 'Vizicsacsi' Tamás about his time in Unicorns of Love, the move to FC Schalke 04, new coach Mitch 'Krepo ' Voorspoels, and the team's expectations for the Spring Split.
WERBUNG:
For the German version please click here

Summoner's Inn: You spent pretty much your whole pro career at Unicorns of Love. What made you to stay there for such a long time, considering the fast pace of change in the esports industry?

Kiss 'Vizicsacsi' Tamás: It was a comfortable, nice environment, with good teammates that I always enjoyed playing with. I kept believing that we have a shot at Worlds every single year and I pretty much wanted to reach that goal with the team that I originally qualified to the LCS with.

I’m also that type of person: if I get comfortable somewhere, it becomes very hard for me to go for something new instead.

What's your favourite memory when you reflect on your time in UoL?

It’s back from when we still had the original squad and fought an extremely intense, back and forth game against Fnatic, where our nexus went down to one hit, but we managed to hold out and eventually win the game.

Your old teammate PowerOfEvil went from Europe to OpTic Gaming in North America. What are your thoughts on the move and did you consider going to NA?

I wanted to stay in EU, but I did consider going to NA because I thought their infrastructure and staff is far superior to the EU circumstances. I was wrong on that though, and found out that the top EU teams can rival them in this regard, so for me that made the choice much easier.

I think for PoE this is a great opportunity since OpTic Gaming is one of the biggest esports organizations in NA, and though I would love to keep competing against him in EU, that’s the decision he made, so I respect it. He should be able to judge what’s the best for him.

In the end, what convinced you to join FC Schalke 04?

The people working behind the club, the plans, the roster, and the infrastructure all played a big part in me joining FC Schalke 04. We are provided with everything we need and our team is extremely talented and hard working, so I believe this to be a great opportunity for reaching my goals of winning a split and attending Worlds.

You and your team were presented to the FC Schalke crowd. How was the experience for you, and is it comparable to the atmosphere at an esports event?

It was actually similar to an esports event. I felt a bit nervous before it, but of course we didn’t have to do any speeches or anything like that so as soon as we entered the pitch I calmed down.

It was a great honour to stand on the pitch and the whole experience felt way different: looking around from there compared to when I watch a football match from the stands.

Are there any differences for players like yourself between playing for a football club versus playing for an esports-only organization?

Yes — in my case, I've got much more attached to the club, learning about their values and their history and seeing how passionate their fans are.

It’s a great honor to be here and the best we can do is to work as hard as we can to succeed.

You had a bootcamp prior to Christmas. Was that the first time you saw your mates? Did you guys focus on getting to know each other or were you already practicing a lot?

It was the first time meeting with my teammates and although we didn’t really know each other personally, we got along really well from the start. We did focus on practicing, and the professional attitude towards the practice matches from every player and every member of the coaching staff made me realise how big of a difference there can be between efficient and inefficient practice. To me it feels like we are basically playing LCS matches and I believe that’s the best it can get.

What is the daily routine for the Schalke players?

We wake up around 9:30-10:00 and play 2-3 solo queue games. At around 12:00 we have lunch and we start playing together as a team at 13:00 and our practice matches usually last till like 20:00, after which we eat dinner and play some more solo queue before going to sleep.

Team dinner to close out the first week in Berlin! #S04WIN pic.twitter.com/z7L6BoS9NC

Krepo got announced as your new head coach. Which impact does he have on the team?

He plays a huge part in our efficiency. He is the one who organizes our reviews, sets up our goals, and generally makes sure everything goes smoothly in our practice.

He has been around in the esports scene for quite a while and has experienced a lot, so he knows very well what to say and what to do. I value him very highly and it’s a great honour to be working alongside him.

The top lane-jungle synergy is an important factor in the game. How did the first scrims with Pride go with him being still very young and at the beginning of his career?

We are all talented individuals with high mechanical knowledge of our champions, so something like a top-jungle synergy comes very naturally to us.

Of course we had a few miscommunications at the beginning, but that was essentially the only problem, and since we were both eager to improve on that I think we completely sorted it out already after like two weeks of practice.

As a veteran: Is there still a special thrill to the first games of the season, especially now, due to your new team and organisation?

There definitely is, especially since it will be my first competitive game after 4 months or something. That’s a very long time and, whether you are a veteran or not, the prospect of playing on the stage again will hype you up.

I’m also more excited about it than usual since it will be a completely new experience, going up there with my new team.

In your view, based on your scrims and solo queue: How influential is the top lane currently and which champions do you think will be highly contested at the start of the LCS?

In solo queue it’s not too influential, although in scrims I found top lane to be as important as other roles. It determines a lot about your team composition.

Whether you play a carry or a tank, you will have a crucial role to fulfill. Ornn will definitely be the most contested champion, but other than that it will depend on the playstyles of the teams.

How unpredictable are the first games on a new patch in a competitive environment?

They aren’t unpredictable since teams practice against each other at least 2 weeks before, and the meta of the region does get figured out.

Right now it’s quite hard to pull something surprising that will instantly get you the win since the game is getting figured out more and more as well.

Who do you think will be the teams set for the playoffs? Are there any teams that particularly stand out for you?

I think G2, FNC, Misfits and us are the top contenders, with Splyce also looking stronger than the rest. Other than us 5, it would be hard to predict the last playoffs contender, but I would say UoL — the team that’s underestimated before every season yet manages to pull off surprise performances every time.

What are your expectations for the upcoming split and Schalke in general?

I believe we have a good split ahead of us and I expect us to reach at least playoffs. Beyond that, it will depend on our hard work and our ability to maintain a good team synergy.

If we can manage to keep everything up as it is right now, I’m sure we can reach the finals and possibly even win the split.

It was announced that there won’t be smaller events like the Intel Extreme Masters anymore. As a player who played in several of them and even won in Oakland, what do you think about that decision?

The IEM tournaments were always a fun challenge since they included many international teams and gave us an opportunity to practice against them and potentially learn about different styles.

I will personally miss these events, but at the same time I’m sure we will still be able to practice efficiently within each region.